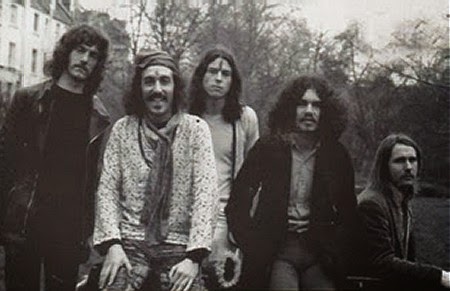 What an enigma Quintessence were.
Born out of the Ladbroke Grove scene in the late 60's, although none of the band were Londoners, they evolved a sound which you could liken somewhere between the improvising and jamming of The Grateful Dead and a percussive drive with peace and love lyrics of a sort of folksy Santana. The songs were more chants and narrations than tunes.
Their performances were something like a late 60's 'happening' and a mini festival.

To set the atmos before the band played, incense sticks were placed around the venues or on stage, audiences mostly sat on the floor and joined in the chants and rhythms with anything they could get their hands on. The smell of weed and incense permeated the air as the band built their music to a crescendo. It what was to say the least, a heady experience being at a Quintessence gig.
Hardly surprising then, when it came to transferring that particular alchemy to the reality of two sides of vinyl, it struggled to transfer. Not to say they were rubbish albums but anyone seeing the band live and went out to buy the new album hoping to capture a similar experience were in for a let down.
A live recording of Quintessance would have been a more suitable release. But not so easy or cheap for a band in the making to be dragging a mobile recording unit around, particularly between 1970-72 when they were at their peak.
It seems in those 3 years Quintessence were playing just about everywhere in the UK and Europe. College tours, festivals, radio broadcasts, free events, they even packed The Albert Hall twice! But still not seeing an abundance of vinyl sales despite all that.

Regardless, their record label Island Records, stuck with them and still expected big things for Quintessence until quite inexplicably the band turned down the chance of playing The Carnegie Hall in the States..... wow!
Why? Because they wanted more money! Which has to be said comes as something of a complete about face when it comes to the bands ethos up to that point in time. If they'd said it was for their own idealistic reasons. eg. the 60's evergreen "not selling out", you'd have a sort of understood no matter how gormless the decision would have been. But not enough money?
You see the leading light of the band was one Aussie, Ron "Raja Ram" Rothfield, a trained flautist and a devotee of the spiritual yoga teacher Swami Ambikananda. The majority of the band were of the same persuasion and had changed or been renamed individually to the more exotic sounding - Shiva Shankar Jones, Sambhu Baba and Maha Dev (the other two original members less inclined to that luxury were Allan Mostert and Jake Milton)
The bands lyrics always revealed this 'love' and 'devotion' to their spiritual guidance. The "music" and "spreading the love/message" was always the bands reason for being. Again, an oft repeated idealism in the late 60's.
You'll hear an example of that in the clip below where they extol these virtues in their song "Freedom".
"you've got to turn your back on fortune and fame".
So you can imagine turning down the Carnegie Hall because of the paycheck is a bit odd coming from a band that spent many a gig at free festivals. And admirable sentiments as their lyrics might be, but completely at odds with how the music business works mind you, when it came to pressing their message home in America, Ron "Raja Ram" Rothfield had wanted more wad from Chris Blackwell at Island Records. Blackwell, who up until this point had been staunchly supporting Quintessence lost interest, big time. Well you can see why that happened.
It also has to be noticed there may have been something of a flaw in the social karma of old Ronnie "Raja Ram" has he seemed to also have the knack of sacking or falling out with some of his fellow musicians. But for good or bad the band soldiered on for a few years but nothing really blossomed in quite the same way again and by 1980, Quintessence had burnt it's last joss stick. Although even that was more than respectable given they'd managed to get through punk music's late 70's clean sweep.
Which is rather ironic because if they'd held on another few years they'd have been as at home with the arriving New Age audience as they would have been in their Ladbroke Grove hippy roots.

Quintessence are still remembered enthusiastically by those that were there at the gig's in their peak days and if they never did get to make the big selling album the one thing that did go down in history for them is they played the first two Glastonbury Festivals (Fayres) in 1971.
This clip of them is taken by an amateur who managed to get very close to them on stage at Glastonbury in 1971, and although limited in camera shots or angles he managed to record the only known footage of them at the festival, along with some of the audience. The sound is quite good considering there's no sound crew for this lone shooter and you do get a terrific feel for the way the band performed.
"Freedom" cuts off abruptly at the end as the band go into one of their fantasy narration songs called "Giants".
Just a couple of years difference and the Quintessence story could have all been very different. It's often like that in rock and roll. 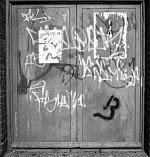 "The greatest band in history would be a band you’d never heard of, because they never even left the garage."
Collapse Board

os noctàmbulos and the obscure world of paris rock and roll
mystery of the web driver torso
carla bley and escalator over the hill
do you want to eat with yoko ono
steven wilson tour 2013
the marshall factory
slovakia rock and roll
the making of strawberry fields
tuomas saukkonen
the pretty things
sgt peppers album cover
the jacaranda club, liverpool